Type 20%off in the Coupon Code field at Check-out

A spiritual travel adventure in the land of the Faery faith. We explore stone circles and passage tombs, and hold a Druid ceremony to celebrate our journey together. We enjoy spectacular ocean views as we wind our way around the Ring of Kerry to Dingle, famous for its live music scene. 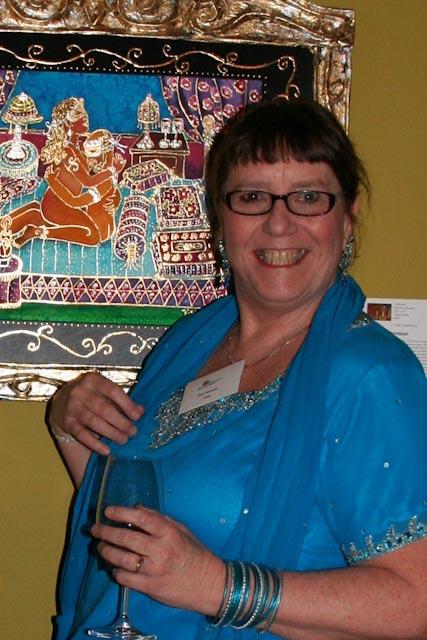 The number of Tarot decks on the market is mind-boggling. You only have to visit the wonderful Aeclectic Tarot website to see the stunning array of Tarot and Oracle decks that artists have created over the centuries, but particularly in the last 20 years or so. So what draws artists to the Tarot and what does it take to create, publish and promote a deck? Tarot artists, Roxi Sim and Pamela Steele, have produced the definitive guide to undertaking this challenge in a series of three classes called Creating a Tarot or Oracle Deck.

Roxi Sim created her Pearls of Wisdom Tarot deck from a place of deep sorrow after  losing her health, her 9 year old son and her mother in a short period of time. The process of creating the series of 78 cards took seven years. Here she talks with me about the challenges and rewards of creating one’s very own Tarot deck.

LM:  What is it about Tarot that inspires artists?

RS: The Tarot reflects life experiences, it’s the hero’s or Fool’s journey and we are all the Fool, the first card in the Major Arcana. Those drawn to create a deck seem to find themselves living the cards and experiencing their meanings in a deeper way. When I was writing a new booklet for a possible third edition and App, I saw the Tarot from a different viewpoint and learned more again. Tarot is endless and painting the Tarot is a wonderful and profound way to learn the secrets within.
LM: Some artists use the Rider-Waite-Smith (RWS) deck as their model and create their own version of that deck’s imagery, while others create images unrelated to any ‘traditional’ deck. What do you think this says about the way Tarot is evolving?
RS: I think those who clone the RWS deck do so because the symbolism is widely known and understood. They have their own take on it and readers can understand and read with these decks immediately. These decks usually reflect the artist’s personal interests and the creativity comes from determining how their theme can be reflected in the structure of the Tarot. In our classes we feature a number of these decks, for example, Judith Mackay Stirt’s The Cook’s Tarot and Pamela Steele’s Wizard’s Pets Tarot, which is geared to children. These RWS clone decks update the original by using the same symbolism in a new way.

Healing is the underlying theme of  The Pearls of Wisdom deck. It is unrelated to any ‘traditional deck’, and I feel that it offers something new to Tarot history and contributes to the way Tarot is evolving. I wanted my deck to be worthwhile, to bring something new to the table, and to give readers lots of clues and symbols to read. The Pearls of Wisdom Tarot is chock-a-block full of symbolism, brilliant colours and textures. The healing nature of the uplifting images and optimistic viewpoint was something I needed for myself and hoped that it would help others as well.

In recent years we’ve seen the emergence of some amazing digital decks that follow the RWS symbolism, but the computer generated imagery is modern and exciting These decks lend a whole new look and artistic flavour to the Tarot.  Over time, they will define an ‘age’ of art, I’m sure.

The most well known and prolific digital master is Ciro Marchetti, who has produced a number of Tarot and Oracle decks. In our classes, we feature several digitally created decks – Erik Dunne’s Tarot Illuminati, Chris Butler’s Son Tarot, Kelley Kolberg’s Quel Tarot and Carmen Waterman’s Rainbow Travellers Tarot. There are as many approaches to using the computer as a creative tool, as there are artists! Erik has become the top Tarot deck seller this year and it was great to feature him in the classes while he was creating his deck.  Pamela Steele was instrumental in helping him find a publisher – the wonderful  Lo Scarabeo in Italy, who produced a most exquisite deck with global distribution, which has been instrumental in his success.
LM: There are 78 cards in a Tarot deck. As an artist, where do you start? How do you get to the point where you create 78 images that honour your concept of what Tarot is all about?

RS:  I started with the Ace of Pentacles and developed the symbolism as a vocabulary to carry me through the series. I used many books to come to an understanding of each card, and then researched the appropriate flowers, Runes and colours to portray their meaning. I didn’t paint the cards in any particular order. I paint from out of my head, so I just let the images come to me. I also employed my experience in dance and drama to create costumes for each suit that portrayed the energy and elements of the card. Each setting was to be like a stage set, complete with props and scenery.
In order to keep continuity throughout the deck, I created a porthole to look deeper into each card and recurring flags to indicate the names of each card. I wanted a three dimensional effect, I wanted to paint the cards in such a way that they revealed different images and symbols each time they were viewed. A wonderful thing happened in the printing process – when viewed through a magnifying glass, the cards go 3D!
And last, but not least, I kept a running tally on the wall – 56 more to go, 40, 35, 20, 10 and so on.
LM: Through the Facebook Tarot Deck Creators page you’re in touch with many Tarot artists. What are the most common challenges they talk about?
RS: Without exception, they all  say that, in some way, they end up living the cards they’re working on. To me this highlights the mystery of the Tarot and shows how the cards reflect life issues that we all go through.
Challenges include how to find a publisher, how to raise funds for self-publishing and how to promote their decks.  Facebook and forums can very helpful in this regard – the niche market of Tarot has grown a great deal since I embarked on my journey. The Tarot Deck Creators page provides encouragement to those undertaking their own artistic journey, as we share each other’s decks and help promote new offerings.
LM: How do you feel when you’ve finished? Does the creative process lead to a shift in the way you perceive life?
RS:  The creative process always leads to shifts in perception. Life really is how you perceive it to be, which is why perception is another strong theme in my deck. During the years it took to create the deck, I was focused on regaining my balance. Therefore I worked hard at creating balance in my images and found I was able to regain my balance.
In terms of finishing a painting, I let the painting ‘tell’ me when it was done. I would stand back to see if there was anything else I could do, and when I felt there was nothing, I would consider the painting done. Because the creative process was therapy for me, I found that by painting what I needed to see – bright and uplifting colours and images – I was able to work through my depression and sorrow. I cried many tears in front of my paintings – some, like the Three of Swords, were very hard to paint.
LM: What’s your main advice to artists about getting their decks published?
RS: Don’t give up, don’t take rejection personally and remember you only need one publisher to say ‘yes’. Publishers want to see how your deck is going to appeal to the small niche market of deck collectors, so be sure to emphasise how your deck will bring the publisher new customers.

Beware of those whose ethics are questionable. There are no guarantees, and distribution is crucial to success. For a time, I had world-wide distribution and sales were good, then 2008 happened and the distributor went out of business and sales dropped. I advise applying to publishers who are well established and have global distribution.
Self-publishing is a great option – you can go down the road of print on demand or work with publishers who help you print and distribute your deck. Pamela Steele raised funds for self-publishing the Wizard’s Pets Tarot through an Indiegogo campaign and organised distribution through Devera Publishing & Distribution.
LM: What’s your main advice about marketing and promotion?
RS: You have to be at it all the time and try as many different approaches as possible. Share your work with other artists and work together to increase the audience for Tarot. Use Facebook, Twitter, and other social media. Get articles and reviews in magazines, organise deck signings if you can, have a vendor table at Tarot conferences.
Having other people promote your deck is always better than blowing your own horn. That said, you still must blow your own horn for others to pick up the post and share. Videos and slide shows on You Tube are also effective. Get yourself interviewed on a radio show or two. And most importantly, make sure you keep your copyright so you can market other products from your deck.
LM: Is there value in producing other products that use the artwork of your cards?
RS: Definitely! I’ve made more money selling prints, greeting cards and magnets than I have selling the decks. Recently I posted my work on Image Kind and Red Bubble, so people can purchase prints and other products that feature my Tarot images. I’m also looking into getting an App made of my deck – a great way for people to access the power of the Tarot through their phones and other devices. Some artists have had a lot of success with Apps. 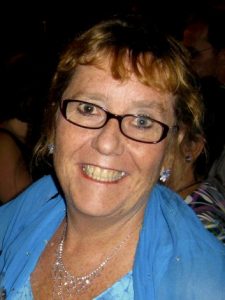 Roxi self published her Pearls of Wisdom Tarot Major Arcana in 2004, then her full deck was published in 2007 and her second edition in 2008. In the Creating a Tarot or Oracle Deck series she shares the process for creating her upcoming 22 card deck Pearl-Essence derived from her Healing Art projects that are part of her Pearls of Wisdom Healing Journey kit, to be self published. You can purchase the Pearls of Wisdom Tarot deck from Roxi’s website.
Roxi’s art has been exhibited through shows and galleries in Canada and Grenada, and her art work has been sold all around the world. You can track Roxi on:

Well, you’ve had a glimpse into the world of an artist creating a Tarot deck. We’d love to hear from you as a tarot reader or as someone who just enjoys looking at the cards. What do you like? What aspect of the cards appeals to you? What doesn’t?