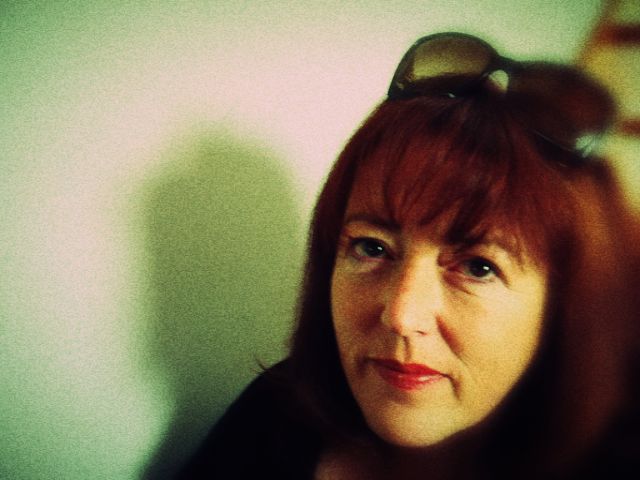 It can be hard sometimes to make a commitment to a course of study.  You wonder whether you’ll have the time, whether it’s worth the effort and whether you’ll like the teaching style. I know this only too well from my own experience. In 2009 I finally decided to do Evelynne Joffe’s year- long course on the Kabbalah – a decision I’d been putting off for years. But when the time’s right, the teacher appears and you wonder why you took so long to do it. It was an amazing experience with long-term results I could never have imagined. What I learned during those classes helped me navigate through a series of major life decisions that year.

Needless to say, Evelynne was one of the first people I contacted when I started to work on making Global Spiritual Studies a reality. Together we converted her face-to-face course into 28 online classes which took us almost another year to record. By the end of the course, which we called Living the Tree of Life,  you begin to truly understand the meaning of balance and harmony and how to  apply the Jewish mystical tradition embodied on the Tree of Life in your everyday life. Click here for information about the course and to watch one of the classes for free.

Here I talk with Evelynne about how an understanding of the Kabbalah can help you find answers to the big questions we all ask at some point in our lives.

LINDA: How does studying Kabbalah help people live their lives?

EVELYNNE: It’s a way of life and living, a way of thinking, a way of relating, a way of awakening and self discovery.  This knowledge leads the mind from personal to universal awareness and then to cosmic consciousness. There usually comes a time in a person’s life where we ask the “big” questions – what’s life about, why am I here, is there a purpose to it all? Kabbalah can answer these questions.
LINDA: Is Kabbalah a religion?
EVELYNNE: No, it’s not a religion. It’s a world truth which is at the core of all world religions and universal thought. It is the basis of all Western Esoteric teaching –  and by ‘esoteric’ I mean hidden or secret.
LINDA: Do I need to be Jewish to study Kabbalah?
EVELYNNE: Throughout history this wisdom has been passed on “ by mouth to ear” to all those who are seekers after the meaning of life. There have been and will continue to be Kabbalah scholars of all faiths. Once this secret knowledge started to be written down in Spain around the 11th century, it was available to all.
LINDA: What are some of the common misconceptions about who can study Kabbalah?
EVELYNNE: There is a well known myth that you have to be 40, male, Jewish and married to study Kabbalah and this myth persists even in Jewish religious circles. It is just that, a myth and deeper study of the Kabbalistic texts reveal that there will come a time when this knowledge should  and MUST be available to all.
LINDA: How or why do you think these misconceptions came about?
EVELYNNE: We are talking about times thousands of years ago, as the Kabbalah dates back to Moses. In these times Jewish men were taught to read and write and were free to study the Torah and the interpretations of it. Their children would be grown up, they would be near the end of their lives and most of their time would be devoted to study.
LINDA: How would you describe your approach to teaching Kabbalah? 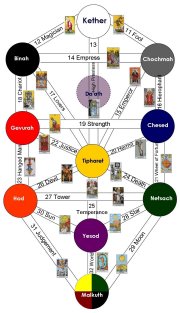 EVELYNNE: I teach it as a way of self development and psychological awareness. Even a basic understanding of the Tree of Life ( the glyph of the Kabbalah) gives one insight into conflicts, imbalances and problems in one’s life and shows an easy way of correction. The year-long course I offer face-to-face in Melbourne is now available through Global Spiritual Studies. On the course page you can watch one of the classes for free.
LINDA: Can you give us an example of how understanding the structure of the Tree of Life can help in everyday situations?
EVELYNNE: There are three pillars on the Tree – on the right is the Pillar of Mercy, on the left is the Pillar of Severity and in the middle the Pillar of Equilibrium. Along these pillars are ten sephirot, which you could describe as energy centres. On the Pillar of Mercy are active, flowing energies such as compassion, feelings, emotions, while the Pillar of Severity contains opposite energies such as critical thinking, dogma, rigidity of thought. These come into balance on the Pillar of Equilibrium in the centre. The Kabbalah teaches that for an idea or a project to come to fruition it starts as a spark – seen as being at the top of the Tree. Then it must progress down the tree through each of the remaining nine energy spheres before it manifests at the bottom.
LINDA: What’s the link between Tarot and Kabbalah?
EVELYNNE: Most of the modern Tarot decks used today are based on either the Rider Waite or Crowley decks. These Tarot masters, as well as Paul Foster Case, McGregor Mathers and Israel Regardie were scholars of Kabbalah and the decks were designed specifically to be used in conjunction with an understanding of the Tree of Life. Once we understand this Tree it brings a much deeper knowledge of the cards. 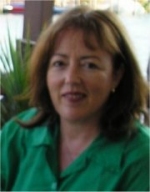 Evelynne Joffe, a Director of the Institute of Esoteric Studies in Melbourne, is a well-known and respected teacher, writer and lecturer of the Kabbalah. She is also a dream therapist and Tarot counsellor.
Evelynne was the founding Vice President of the Tarot Guild of Australia and a past President of the Tarot Guild. She has offered courses in Melbourne on the Kabbalah, as well as beginner and advanced Tarot since the early 1990s. She has also lectured and written on Tarot and spirituality widely in Australia and overseas.

For more information about Evelynne, visit her website at www.spiritualstudies.com.au.

If you’re into Tarot, try Evelynne’s Tree of Life Spread to see if an idea you have in mind will manifest. The first three cards are the most important, if they don’t look positive it is likely that the project will not see the light of day. Let us know how useful you find the spread…did you feel comfortable about the different energies you need to apply to bring the project to fruition, or did you feel challenged by one or more of them?