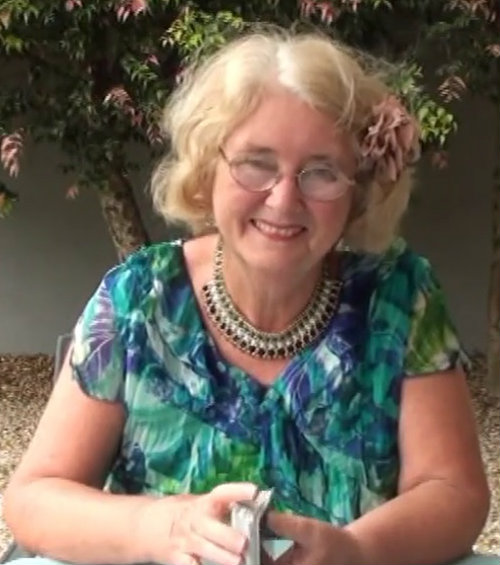 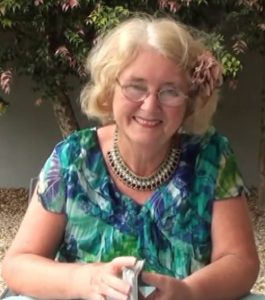 Let’s do a Hanged Man on the Tarot! Rather than seeing it as a way of predicting what the future holds, let’s use it to look at how lessons from past events can be applied to shape the future.

I believe the Tarot opens doors to new possibilities and new ways of seeing old issues and reveals the power you have to manifest your goals and dreams. If you take time to reflect honestly and objectively on past events you can walk a path where only the positive aspects of the past repeat themselves.

I often pull three cards when I want quick insights into an issue, but sometimes I like to create a layout which really focusses my attention. So here’s my latest invention – the Hindsight Spread. The five cards are laid out in the shape of a cross or they could be seen as a tree. The bottom card represents the roots – the source or origin. The three cards at ground level represent different aspects of the issue while the top card represents the branches, the leaves, the potential for growth. 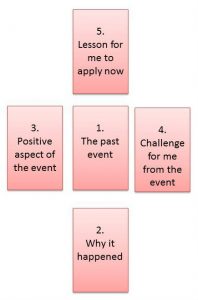 After creating the layout I used it to look at a number of events or decisions in recent years and feel confident that it helps to focus attention in a positive and meaningful way. Let me share the way in which I interpreted cards that came out in relation to a past event.

Early in 2009 I decided to enrol in Evelynne Joffe’s Kabbalah course in Melbourne where I was living at the time. For years I’d been intending to do the course but kept putting it off because I didn’t think I had the time to commit to a year-long course of study. Within a few months of starting the course I had no regrets – in fact I saw it as one of the best decisions I’d ever made. So, would the cards cast a different light on that assessment?
Card 1: The Three of Swords indicates that somewhere deep inside I knew it was time to come to terms with painful aspects of myself, life events…to understand where they came from and how I could cut away dead wood to allow growth to occur.
Card 2: The Ace of Wands – I knew I needed to find a new direction, something I was passionate about, something that could grow and flourish.
Card 3: The Six of Cups – a positive aspect of studying Kabbalah was the way in which I became aware of life as a continuum, with each person’s spirit moving through the ages from one human body to another. Our spirit traverses the Tree of Life through many lifetimes, learning the lessons of the paths from one lifetime to the next and growing along the way. 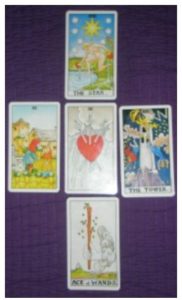 Card 4: The Tower. I laughed out loud when I saw this card as the ‘challenge’. At least two ways of interpreting this card sprang to mind. A short time after I started the course I decided I wanted to move from Melbourne to the far north coast of NSW. But my income and financial position did not accord with the way banks decide whether or not to lend money. In the final months of the course as we studied the paths leading to Kether at the top of the Tree, I jumped seemingly insurmountable hurdles to achieve the goal of buying a house and moving to my dream location. I literally moved my home, my tower, from one place to another.
Through studying the Kabbalah and living the Tree of Life I became aware of the need to balance light and shade, emotion and clinical, hard-nosed decision making, I learned how to walk the pillar of equilibrium.
So, on one level the challenge was staying on track so that I could achieve my goal of moving house. On another level the Tower represents the challenge of realising that much of my way of thinking and behaving had long passed its use-by date and I needed to chuck them all out and start to reconstruct myself.
Card 5: The Star, the card that follows The Tower in the sequence of the Major Arcana – how appropriate! The calm after the storm, a time of healing and renewed hope. Through studying the Kabbalah I learned that consciously following a spiritual path is a healing experience. In the past year I have started to study and practise Druidry, a decision made after strong past life experiences in Scotland that took me back thousands of years – a happy marriage of the Six of Cups and The Star. With hindsight, the Ace of Wands can be seen as the establishment of Global Spiritual Studies, a decision I made within a year of leaving Melbourne.

And last, but not least, the 28 classes in Evelynne Joffe’s course, Living the Tree of Life, are available from Global Spiritual Studies. Click here for information. 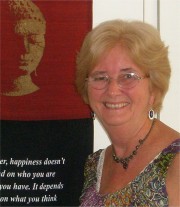 Linda Marson is a former President of the Tarot Guild of Australia and author of Ticket, Passport and Tarot Cards. Before the manuscript was even finished, Linda was onto the next stage of the Ticket, Passport and Tarot Cards journey – a series of 22 short programs for community television in Australia – one segment for each of the 22 Major Arcana cards. The series won an award for the best personal or spiritual development program on Australian community television in 2006. In 2017 Linda revised the book and TV series into a new product called TarotNav – a GPS for Life.

Linda has been reading Tarot cards for over 25 years and for many years wrote for, and edited the Tarot pages of Spheres, a spiritual magazine in Australia. She has presented workshops on various aspects of Tarot practice and organised major Tarot events involving internationally renowned Tarot experts. In 2011 she established Global Spiritual Studies. For more information about Linda’s Tarot courses and master classes visit her page on Global Spiritual Studies and her Experience the Tarot website.

You’ve seen how Linda used the Hindsight spread to reflect on her decision to study the Kabbalah. Now it’s your turn to try the layout. Choose an event or decision you made recently or a long time in the past. It could be one you look on with joy or one that evokes painful memories. How useful did you find the layout? Did you learn something new about yourself in relation to the event? Did it make you think differently about the lesson you learned and how you could apply it now? We’d love to hear from you!