The Devil, card number 15, is one of the most feared and misunderstood cards of the Major Arcana, mostly caused by misinformation and superstition.  We have all seen movies with the old crone of a Tarot reader, in a dark and dusty room, turning over the Devil and the Death card, with the music deepening in the background and our hero or heroine looking horrified…Poor Devil!

This Major Arcana card is one that demonstrates so clearly the value of studying the Kabbalah in conjunction with the Tarot. In this session, Evelynne Joffe looks at the symbolism in a selection of Devil images and examines the card’s position on the Tree of Life to gain a deeper understanding of it. Click here to watch a short video which gives you a taste of what Evelynne has to say about the bogeyman of the Tarot! 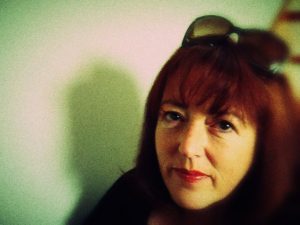 Evelynne Joffe, a Director of the Institute of Esoteric Studies in Melbourne, is a well-known and respected teacher,writer and lecturer of the Kabbalah. She is also a dream therapist and Tarot counsellor.

For more information about Evelynne, visit her website at www.spiritualstudies.com.au.

The video recording of the class is available for download to your computer or device as a Windows Media file (.wmv). It can be viewed on PCs using Windows Media Player and on Macs using the free VLC multimedia player for Mac operating systems which can be downloaded here.

Payment: online through PayPal using a credit or debit card.

Linda Marson's unique guide to doing Tarot readings for yourself - 23 videos and eBook. "I highly recommend this program as a way to learn how Tarot can be a guide on your personal journey and a key to turn your daily life into a spiritual adventure," says Mary K. Greer. Download files or receive them on a USB flash drive. Click here for more information and to purchase.

Be the first to know about new classes and the latest tour information. Click here to sign up to the newsletter and receive your FREE guide to YOUR Tarot cards.